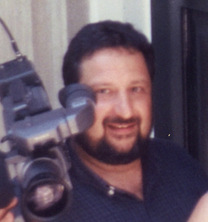 Bill Lichtenstein is an award-winning print and broadcast journalist and documentary producer. Lichtenstein is president of the independent media production company, Lichtenstein Creative Media, Inc. His work has been honored with more than 60 major journalism awards including a Guggenheim Fellowship, a Peabody Award, eight National Headliner Awards, and a United Nations Media Award.

Lichtenstein began his career in broadcasting in 1970, at the age of 14, working at WBCN-FM (in Boston), one of the country’s original progressive rock radio stations. He graduated from Brown University with degrees in Political Science and English (double major), and later received a M.S. degree from the Columbia University Graduate School of Journalism.

Lichtenstein began his work in television as a writer for ABC and CBS Sports, and he worked for ABC News from 1979 through 1986, where he produced investigative reports for the ABC News magazine 20/20, Nightline, World News Tonight, and Morning News.

In 1983, Lichtenstein was nominated for three national news Emmy Awards, including for a 20/20 segment he co-produced, “Throwaway Kids,” the result of a nine-month investigation into abused and dying children in Oklahoma state juvenile institutions.

Lichtenstein founded Lichtenstein Creative Media in 1990 to produce high-quality media productions dealing with soical justice and human rights issues.  The independent media production company produced the Peabody Award-winning “Voices of an Illness” series, the first programs to feature people living with, and recovered from, serious mental illness. The series was called “remarkable” in a feature article in Time magazine.

Lichtenstein created and was senior executive producer of the national, weekly public radio series, The Infinite Mind, which premiered in 1998 and for a decade examined all aspects of neuroscience, mental health, and the human mind. He also co-produced and was director of photography of the award-winning documentary film, “West 47th Street,” which aired on PBS’s P.O.V. and won the Atlanta and DC Independent Film Festivals.

Lichtenstein’s company was a pioneer of the social uses of the on-line 3-D virtual world, Second Life, producing the first ever concert and live radio broadcast from Second Life in August 2006, with singer Suzanne Vega and author Kurt Vonnegut who appeared in avatar form. Lichtenstein Creative Media maintains a 16-acre virtual broadcast center in Second Life.